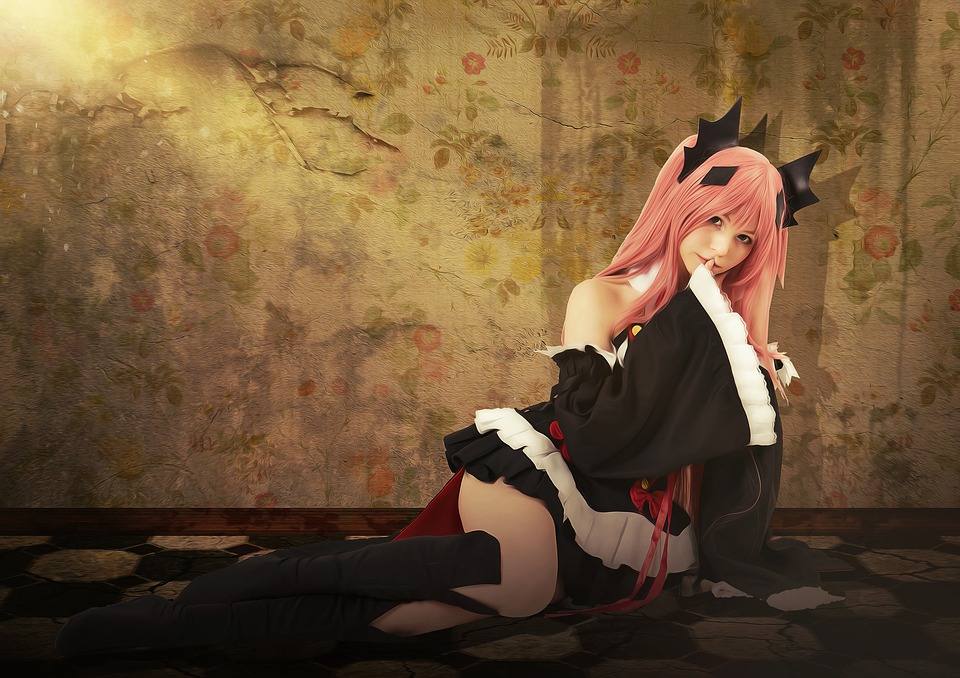 For many of my young nerd-kin struggling to put down the controller for awhile and learn a new kind of Game — the one in which “Didn’t Sleep Alone Last Night” is an unlockable achievement — hot girls are the holy grail. Don’t get me wrong, most geeks are happy to bed almost any female who weighs in south of 300 pounds, especially at first. But everyone wants those perfect specimens who were not born but emerged fully-grown from a beautiful woodland glade somewhere, the product of the hand of Gaia herself.

RED ALERT: For my fellow nerdly brothers out there who dare to dream that hot girls can also be geeks, I’m going to lay down the truth about dating gorgeous chicks who are into the shit we’re into.

You know of whom I speak: young, glossy hair, a figure that just seems to know where to tuck in and roll out. I’ve long maintained that not only is bedding these girls an eminently attainable goal, it is in fact not nearly so difficult as most men insist on believing. But you must set your sights higher still, my nerdy brothers. And when you do, then it’s time to start wondering about full-on geek dating, and whether you can not only have a fun night with a perfect 10, but reach a point where you find yourself dating a hot geek.

Already I can all but see my readers jumping to their feet to shout the objection: “Hot girls aren’t geeks, and geek girls aren’t hot!” But of course, I over-generalize. Many guys know that there is in fact quite a substantial supply of beautiful women with nerdy interests, and that as time marches on, the number only climbs. For my own part, I can only tell you that I have personally known several, and have even enjoyed the pleasures of nerd dating firsthand.

Nothing beats a geeky girlfriend who’s also hot as french fries. The sex is great, the cuddling is even better, and the video game sessions are simply sublime.

And pleasures they are, my brothers. Having a nerdy girlfriend who’s into the same kinds of things you are can be immensely rewarding. It’s not even just the obvious stuff, either, like the sheer joy of waking up to a round of morning sex with a gorgeous girl who’s happy to then play a co-op round of Call of Duty with you immediately after.

Guys in the geek subculture often feel isolated and alienated even when they have plenty of guy friends, and that’s largely because of the stereotype that geek dating isn’t a thing and women just aren’t into that kind of man.

A little female companionship from someone who’s happy to be dating a geek can do wonders for your self-esteem, even more than dating does for men in general. And I’m not gonna mince words: at the risk of revealing more than you need to know about my proclivities, going to bed with a girl who not only enjoys playing Smash Bros with me, but can beat me like a rented mule at it, is frankly hot as hell.

The Realities of Geek Dating

Of course, we all know that geek dating is hard, and I don’t mean to make it sound like hot nerdy girls are just growing on some great geeky tree waiting to be picked. While they aren’t nearly so uncommon as you probably think, they are a rare breed, and trusting chance to randomly bump you into one is losing strategy. You could be waiting years to find your perfect Princess Peach. What’s needed here is to know where you have to be to make the big score, because – spoiler alert – blue-haired girls wearing glasses and Iron Man T-shirts aren’t often found at the local club. 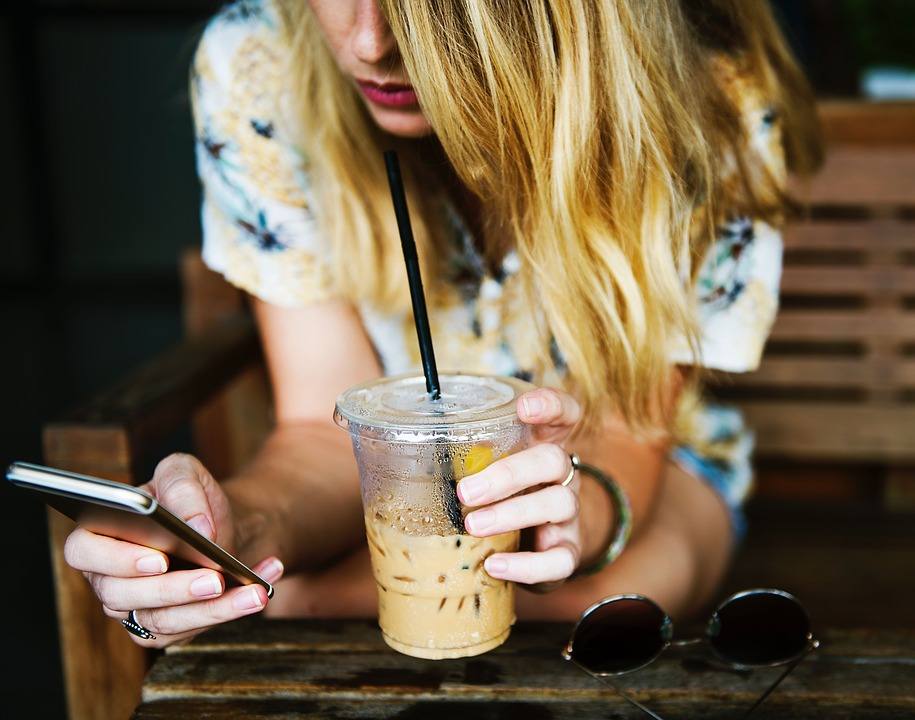 What’s more, the intuition most people have on where to look for such girls is usually wrong. They’re like us, so we should be able to find them at the same kinds of places we ourselves hang out, right? But as you probably already know, any effort to hit up the comic book shop, video game tournament, or new D&D gaming group looking for some geek dating options is pretty much destined for failure.

It’s not that you can never find the unicorns we seek – beautiful girls enjoying themselves – in these places. Once in a great while, you can. But when you do, they will always, always be there on their boyfriend’s arm.

Finding hot nerdy girls to date out in the normal social spots is absurdly difficult. Way too much competition for a very limited  supply of geeky hotties. You need to use the tools the tech gods have given us to level the playing field (discussed below).

The reason is simple: hot single women know better than to frequent nerd haunts, even if they would like to. It just isn’t productive; when they go there, the only thing that happens all night is a bunch of desperate guys furiously spritzing breath spray into their mouths before approaching literally the only female in the building and dropping a veritable garbage dump of pathetic, unrefined “moves” on her.

She’s lucky if she gets to play one single game or browse the comics shelf for five minutes in peace before it’s time for the next bumbling attempt at pick-up artistry. It’s frustrating and pointless, so why would these girls go to such places without their beau broadcasting a silent but deadly “hands off” on all frequencies? They wouldn’t, and they don’t.

Hot Nerdy Girls – Where To Find Them

But fear not, for your wizened mentor Woody is learned in the ways of geekdom, and has amassed much obscure lore. Actually, no; I just got supremely lucky on this one, and happened to stumble onto the perfect place to find hot nerdy girls. As it so happens, you want to hit the cam sites.

If you think about it, this makes a lot of sense. Nerdy people tend to feel comfortable with and an affinity for computers, and the females of that particular species are no different, so it’s just where you’d expect to find them. Of course, like their counterparts in the comic book shops and other physical locales, cam girls get hit on pretty frequently; the difference here is that it’s part of their job, they get paid for it, and as such it doesn’t bother them.

And this gives us the true secret to successful geek dating: not only are cam girls cool with you putting the moves on them, they actually tend to enjoy it when you get friendly with them. That’s why it is so freaking awesome that getting friendly with a cam girl is absurdly easy. All you really have to do is leave them a tip a few times a week for maybe a couple weeks.

That’s literally it, because by then, they will consider you one of their “regulars”. And a cam girl’s regulars always get the royal treatment, not the least of which is a warm, friendly reception every time she sees one.

Now, I’m not saying that all cam girls are nerdy; obviously, that’s not true. But many of them are, and those are pretty easy to find, since the better cam sites (mostly Chaturbate and MyFreeCams, in my experience) allow you to search for girls with similar interests in their profiles. You can also look through the model room tags to spot shit like #comicbookslut and #scifibabe. Or you just browse the functionally infinite stream of available women until you find one with purple hair and a model Gundam on her bedroom shelf. Your call.

A surprisingly large number of cam girls are also geeks, primarily due to the fact that camming (being a work-from-home profession) attracts a lot of introverted females.

And in case you’re worried, these girls are actually quite happy to be dating a geek, and they have no objections to carrying the relationship offline into real life. Actually, it’s quite common for cam girls to fly out to meet people they met over their site. I personally know of more than one romance that began this way. It’s pretty much a geek’s dream come true, bro. Check out my guide on how to date a cam girl here for more details.

The acronym "THOT," as used on this site, means "That Hottie Over There." We love, adore, and respect beautiful women here, and we're all about figuring out ways to get more dates with them. If you love hot women as much as we do, and want to learn how to get one in your life, you're in the right place!